A king facing otherworldly destruction accepts an occult boon from an obscure church, and with it, anoints immortal champions who would drive ruin away. As peace reigned and more were created to maintain and grow the Kingdom of Volinn, they became known as the Anointed. Thus began the Age of Legends.

Many ages have passed since then. The King has since been overthrown, the nobility locked in conflict and overthrown, the church driven apart and diminished. Anointed were locked away or localized. But destruction returned from beyond - perhaps by coincidence, perhaps waiting - and with no Anointed, all were unprepared. Thus began the Age of Darkness.

The end of the Age of Darkness is yet to come. You have been freed from your imprisonment. From his centuries-fallen throne, the king calls, impossibly but surely, for you to come to his side and drive out the darkness. And surely, you must heed the call.

It is, after all, your duty as Anointed.

This is a Souls-inspired game about the moment-to-moment struggles of duty-bound immortals in a ruined world. Exploring abandoned cities, ancient battlefields, and long-lost corners of the fallen kingdom, they will both recover old strength and obtain long-lost items necessary to survive when they finally reach their destination.

This version is distinctly incomplete as it is. Here are things the full edition will have:

Anyone who buys the Amnesiac Edition will have access to the eventual full game, as well as patches along the way as I finish the initial versions of content. I'll be raising the price as well when it gets more content-complete, and likely again when it's fully finished.

If you're looking to find games or like-minded people, there's a discord for my games at https://discord.gg/vF3z2r3n29 . Hope to see you there!

In order to download this roleplaying game you must purchase it at or above the minimum price of $10 USD. You will get access to the following files:

Support this roleplaying game at or above a special price point to receive something exclusive.

If you want to check this out without paying for whatever reason, help yourself to a copy here. If you like what you see, though, please consider purchasing a copy - every purchase adds a community copy to the pool for others. 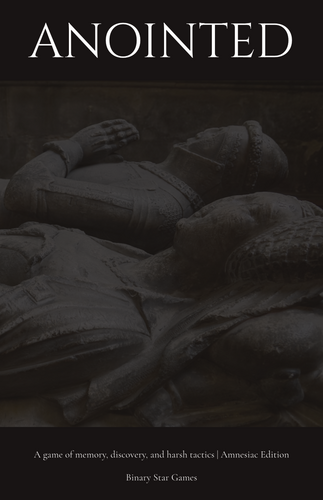 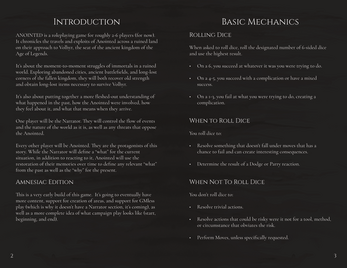 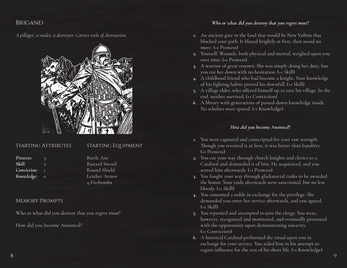